Premier League side Newcastle United are already facing relegation threats this early in the season. With Aton Villa getting a draw, the Magpies dropped to the 18th spot on the log. Despite hosting struggling Brighton & Hove Albion next, going away to Leicester City and then facing Manchester United and Chelsea, there are no sure hopes of picking any point in the next four games. 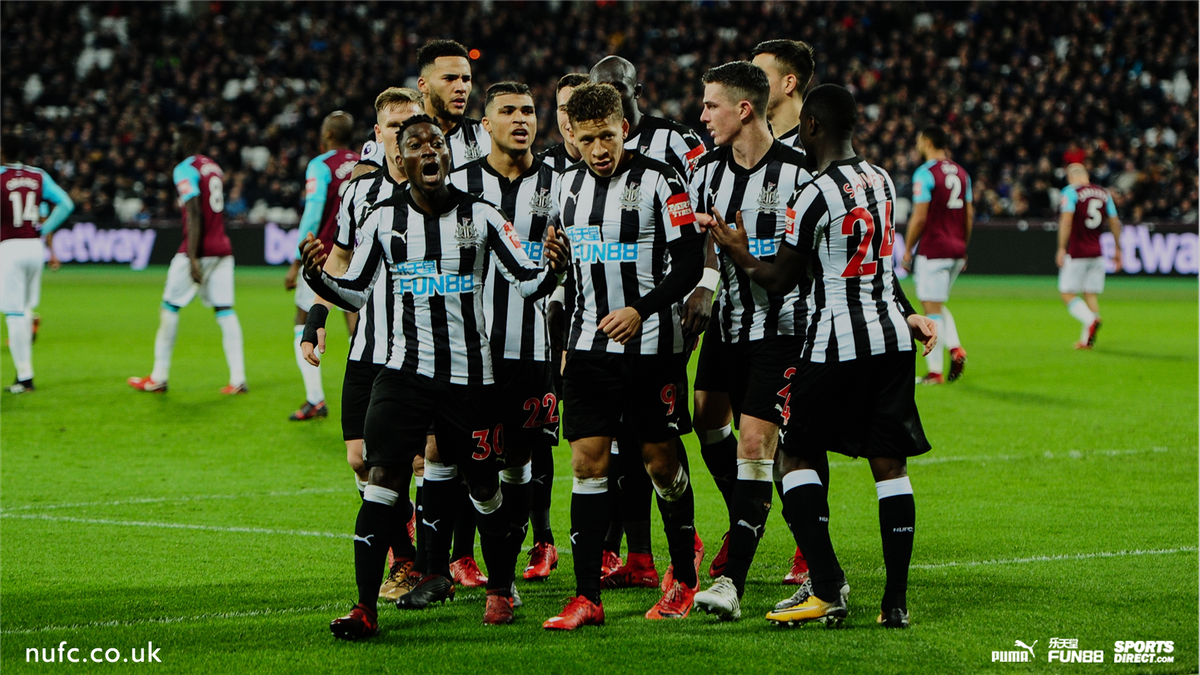 Under former Liverpool, Real Madrid and Chelsea boss Rafa Benitez, Newcastle finished in the 10th and 13th position at the end of the season. It seems those mid-table finishes made the fans and management forget that they were nowhere there, and required substantial urgent investment like the Spaniard asked for. Premier League defending champs Chelsea are not likely to be relegated to the lower division at the end of next season, bookies claim.

The odds are well staked in favour of the Roman Abramovich owned side 2500:1.

With the Manchester clubs spending big, both are not likely to be relegated as their odds are 2500:1 as well. Liverpool, Arsenal and Tottenham have odds 1000:1 of relegating. They are rather likely winners after the top three aforementioned.

Ronald Koeman led Toffees are 66:1 in the odds of relegation next term even though they would be sharing their time with European fixtures. Southampton have 20:1 while former champs Leicester City have 14:1 odds.

The Hammers who were riding high in the 2015/16 season have odds of 7:1 after a difficult term last year despite spending relatively big. Stoke City are 13:2 as with Bournemouth after a decent return last year.

West Bromwich Albion have odds of 5:1 while Crystal Palace are 9:2 to drop down. Returners to the big boys, Newcastle United under Rafa Benitez have a decent chance of remaining in the top flight this time as they are 100:30 in the likelihood of returning to the Championship where they are defending champs.

Newcastle United achieved their target of returning back to the Premier League within a year after they lost the status at the end of last season. Now the question is what’s next after regaining top tier status. Rafael Benitez came late last season and he was supposed to rescue them from danger. It seemed he came too late as the Magpies still went down. They pressured him and he accepted to remain even though he had contractual back up to walk away. After seeing them through their promotion bid, Benitez would likely guide them in their first season back up.

The Spanish tactician invested £55 million to get 12 players. He made a profit of £30 million from the players that were cut off and they brought in £85 million in revenue. With his experience and the relative better investment in the team compared to other Championshipsides, you would expect that Newcastle get promotion by March but the second tier of English football is complicated.

Aside Newcastle, only Burnley have secured an automatic promotion back to the Premier League within a year in recent times. So Benitez seem to deserve his £5 million annual salary.

Newcastle United manager Rafael Benitez said that the club should be over-confident about winning promotion and that the players should continue to work hard in training. 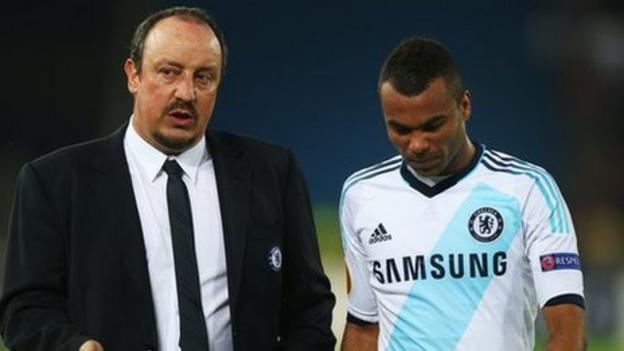 Newcastle United has opened a nine-point lead with the third-placed club, and this has prompted Burton boss Nigel Clough to state that Newcastle United is the favorite to win automatic promotion to the Premier League.

Rafael Benitez stated that he does not agree with this statement as he feels that the lead could melt quickly if the team went into a negative spiral of results.

He said that it all depends on consistency. If the team loses consistency, they can end up falling down the table and damaging their chances of promotion. He said that the only way to prevent this is to keep working hard and to make sure that they keep winning matches.

Newcastle has managed to beat Barnsley 2-0 to go top of the table.

The club which was relegated from the Premier League last season is favorite to win promotion back to the top-flight. The win at Barnsley is the fourth in a row for the club as they look to build momentum in the Championship.

The match was won thanks to two goals from Dwight Gayle in the second half. Newcastle started the match the better and took control of the game despite playing away. However they will be let down by poor passing, and when they managed to get the ball in the penalty area, the Barnsleydefence managed to clear their line.

However, Newcastle will improve dramatically in the second half and create more decisive chances. Dwight Gayle will score the first goal of the game when Barnsley will fail to clear a corner. The goal will motivate Newcastle, and they will become more dangerous during their attacking play.

Rafael Benitez has been in charge of Newcastle United for around 6 months and his task in this new season is to help push the English club back into the Premier League.

Newcastle United was competing in the top tier English League during the 2015-16 season but they went through a forgettable season after finishing at the 18th spot and suffering relegation.

The main objective is to earn a promotion spot that would allow Newcastle United on making a return to the Premier League and it seems like Rafael Benitez is focusing in adding new players to his squad as he has already signed 8 players during this summer transfer window and the Spanish manager has recently stated that the transfer activities are far from over as he still has other players that he is intending to sign.

‘’We are working hard and I check with managing director Lee Charnley every day. We are talking with agents and thinking about what we have to do to improve the team and make sure the squad has the right number of players’’

“It’s not easy, though. As soon as Premier League clubs had more money, it was difficult because everybody is spending big money. We have targets and are working on them. Hopefully, we will do something sooner rather than later.” Newcastle United’s Rafael Benitez said as he voiced his desire to continue adding more players to his squad.

Grant Hanley says the delay that was taking place in his transfer was irking him and was getting him impatient, but, because he could not really have a say in the bargaining stuff happening between clubs, there was no point letting the matter dominate his mind.

Hanley’s move to St. James Park was dramatic as Newcastle had to return empty handed twice earlier. The bidding amounts they had gone to Blackburn with, 3 and a half million Pounds initially and then an additional million on the second time to make it four and a half, were turned down by the Blue and White management with an almost miffed Owen Coyle suggesting such amounts to be very, very low for someone like Hanley.

However surprisingly, when Newcastle made the approach third time with an increment of just one more million to the bidding amount, Coyle took it.

Having his first communication with media as a magpie, Hanley said, “It took quite a while and yes, when you are waiting and waiting, it’s normal that you feel a little irritated, but, what can you do as a player when it depends on other parties? Nothing really; so, the lesser you put your mind into it, the better.”

English Premier League side, Newcastle United, are on the brink of going on relegation as the season moves to an end.

United skipper Fabricio Coloccini has refused to admit defeat in the fight against relegation, even though Sunderland could condemn their Tyne-Wear rivals to the Championship tomorrow evening. The Ex-player was very frustrated with the draw at Villa Park on Saturday, the same setting where he was part of a Magpies team which lost Premier League status seven years ago.

The 34-year-old, who has not played since February 13 because of injury, travelled with the squad in the hope of playing a part behind the scenes in a result that might have edged them closer to safety.

“It’s really difficult. I tried to return early (from injury), and that’s why I got injured again.

“Now, I just try to help from outside and try to tell them that we have to believe, because we still have a chance. Always, when a chance is there, you have to fight.”

The player tried keeoing up with the optimisim when he said:

Rafael Benitez was appointed as the head coach of Newcastle United on March 11 and at that point in time, there were 10 Premier League games remaining until the end of the season.

The main reason of why the Spanish manager was selected as the coach is to push Newcastle United into a higher spot in the English league and avoid relegation.

So far, Benitez has led Newcastle United to a string of defeats and draws against Leicester City, Sunderland, Norwich City and Southampton. The only triumph has been against Swansea City and Benitez continues to drop points then relegation will be inevitable for Newcastle United and it’s highly likely that Rafael Benitez is going to be sacked or at least that is what rumors have recently been suggesting.

When asked about the possibility of surviving in the Premier League for another season and avoid relegation, Rafael Benitez replied by saying: He said:  “I think that this is a massive club, that’s why I wanted to manage in the Premier League and have the opportunity to stay up with Newcastle, and to stay there for a while.It depends on the other teams too, but if we can play at the level we have for the past few games with the same kind of fight and team spirit then we can do it.”